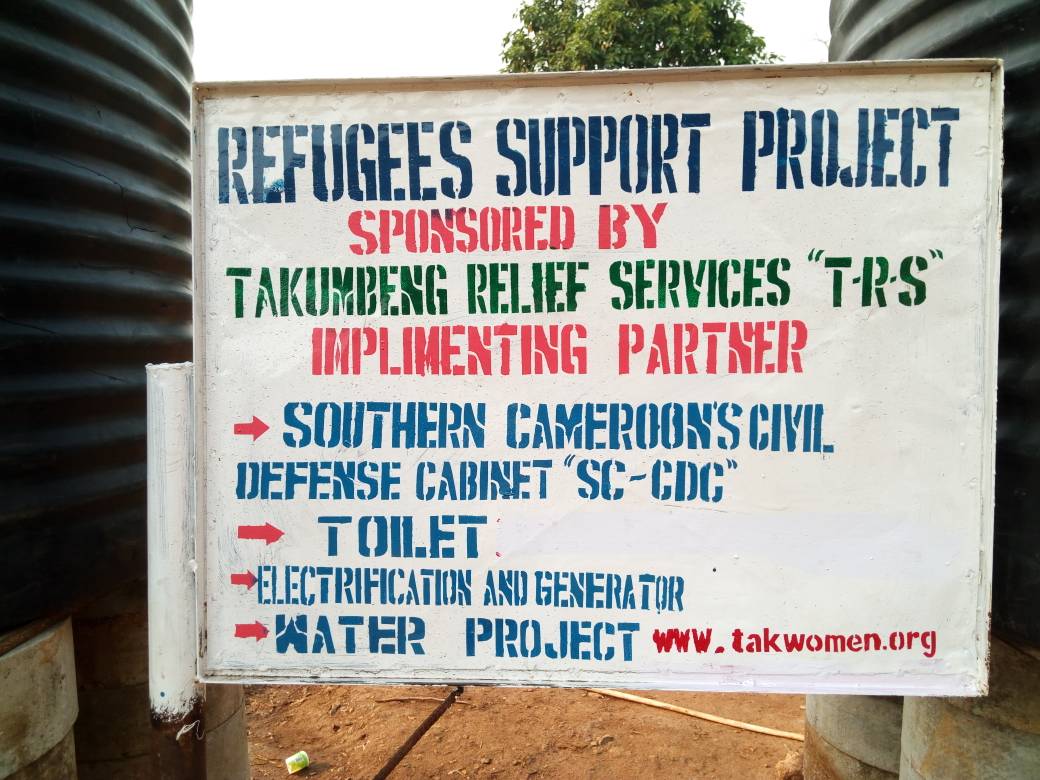 Construction of a spring water catchment for the southern Cameroons Refugees in Cross River State of IKOM was a major project accomplishment of TRS. Ikom is a city where water is generally difficult to get, most of the inhabitants consumed water either from wells while the rich could get from boreholes. Being a common problem in this locality, the southern Cameroons Civil Defense Cabinet (CCDC) saw it as a major challenge for the Refugees in the Ikom Local Government area.

During Takumbeng Relief Services maiden visit to the IKOM refugee sites in early December 2017, TRS partnered with CDC to come to the aid of the Southern Cameroons Refugees as a solution provider. We provided the first $1650 for the construction of a spring water catchment to serve the Refugees and the local community in general.

By so doing, more than 300 refugees including women and children and the local community as well have the opportunity for a good water source. The water project was conceived as a long lasting solution, bearing in mind the hygienic part of the project so as to prevent diseases amongst the Refugees and the local community in general.

Below is the breakdown structure of the water project with detailed explanation on how it was constructed.

REPORT on the Construction of a Spring Water Catchment
Collection chambers, powered by a lista Engine into a 7,500 liter capacity Tanks for the south Cameroons Refugees in the Ikom Local Government Nigeria. A prospection for a borehole was done but the cost to realize it was far above expectations. Another study was done at an all year round spring some 150meters from the building and was feasible. The following components were engaged 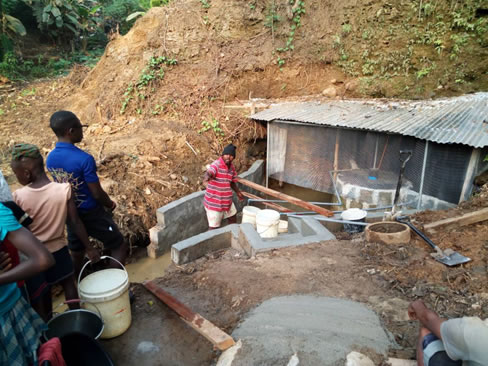 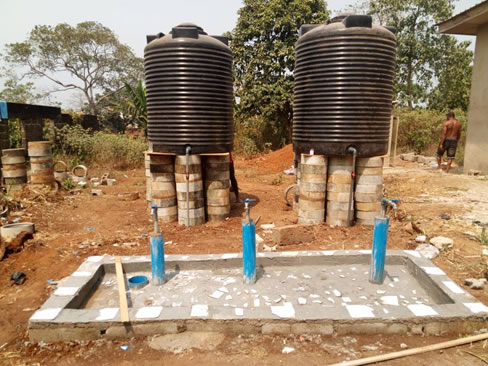 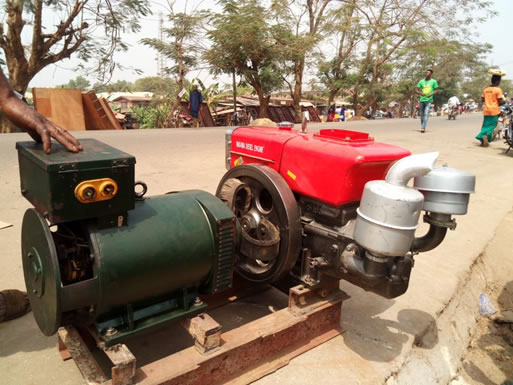